Dale Farm members recognised as outstanding in their field

The quality of dairy farming within the Dale Farm cooperative was highlighted at the recent Ulster Grassland Society Conference, with three of the four awards going to Dale Farm members.

Winner of the overall Grassland Farmer of the Year award was Harold Johnston, who farms alongside his sons Jack and Mark in Ahoghill in County Antrim; Geoffrey Malcomson of Newry was awarded the Ulster Grassland Society Silage Cup and Chris Hamilton received a Special Commendation in recognition of his farm in Carrowdore, County Down.

The Johnston family farm in Ahoghill operates an autumn/winter calving herd of 270 cows. Harold and his sons focus on producing and using excellent silage as well as measuring and budgeting grass swards when grazing. Grass growth is underpinned by a routine soil analysis programme, which has resulted in 85% + of soils being in optimum status for pH, Phosphate and Potash levels. Herd performance at the Johnston farm is currently 8,950 litres/cow, with almost 3,500 litres taken from forage. A conscious effort is made to tighten the calving pattern to fully utilise milk from grazed grass and silage in a high yielding system. 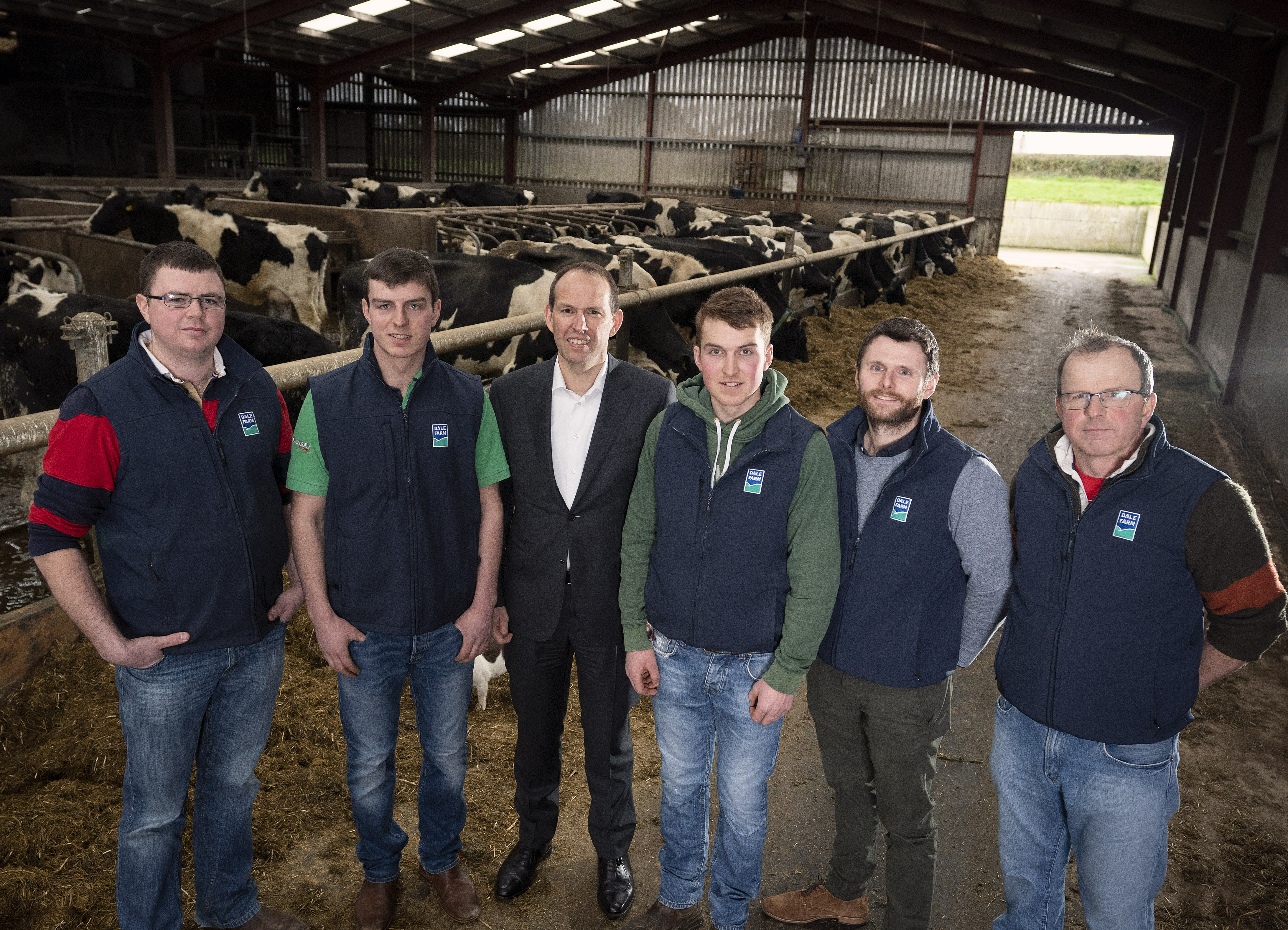 Geoffrey Malcomson farms in Newry in partnership with his father Kenneth and mother Sheila, managing 130 cows on a predominantly autumn calving system. The herd yields 8,500 litres with 4,000 litres taken from forage. The system hinges on high-quality silage and maximising milk from grazed grass in summer months. Geoffrey received the Silage Cup for the consistently high-quality silage produced in the 2019 season.

Chris Hamilton manages a 110-cow spring calving herd in Carrowdore on the Ards Peninsula. His herd averages 6,500 litres/cow, with 3,700 litres taken from forage, predominantly grazed grass. Chris is no stranger to success, having won the New Entrant section of the Dale Farm 2019 Herd Fertility Awards.

âThese awards are testament to the quality of expertise and innovation on our membersâ farms. Common to the three winners is a mindset of measuring and monitoring herd performance to strive for continual improvement â an approach which is clearly delivering results. Congratulations to Harold, Geoffrey, Chris and their families for this deserved recognition of their commitment to success,â Nick Whelan said.